Any night in with the girls must include at least three things - a cheeky bit of gossip, dessert and a delicious drink to pair with it. So when I heard Tim Tam was releasing a cocktail inspired range I had a whole lot of ideas flying through my head of what to do with them (aside from the obvious, which is eating the whole packet).

The first flavour that caught my eye was Pina Colada, ice cold coconut milk flavoured with fresh pineapple and rum - what's not to love, plus it screams summer nights. The first little dish I have created incorporates all things that make a dessert delicious. Imagine diving your spoon into layers of crisp meringue, creamy coconut custard spiked with a touch of rum, slightly tangy pineapple compote and chunks of the new Pina Colada inspired Tim Tam. Finished off with a pineapple flower for a pretty touch, this dessert is the perfect accompaniment to a girls’ night in to feed the soul. 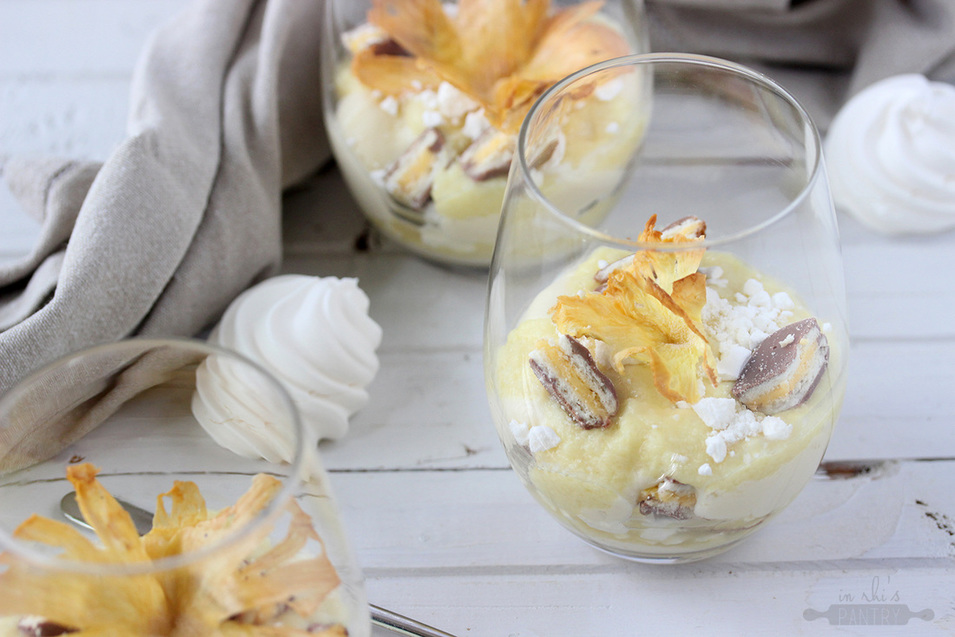 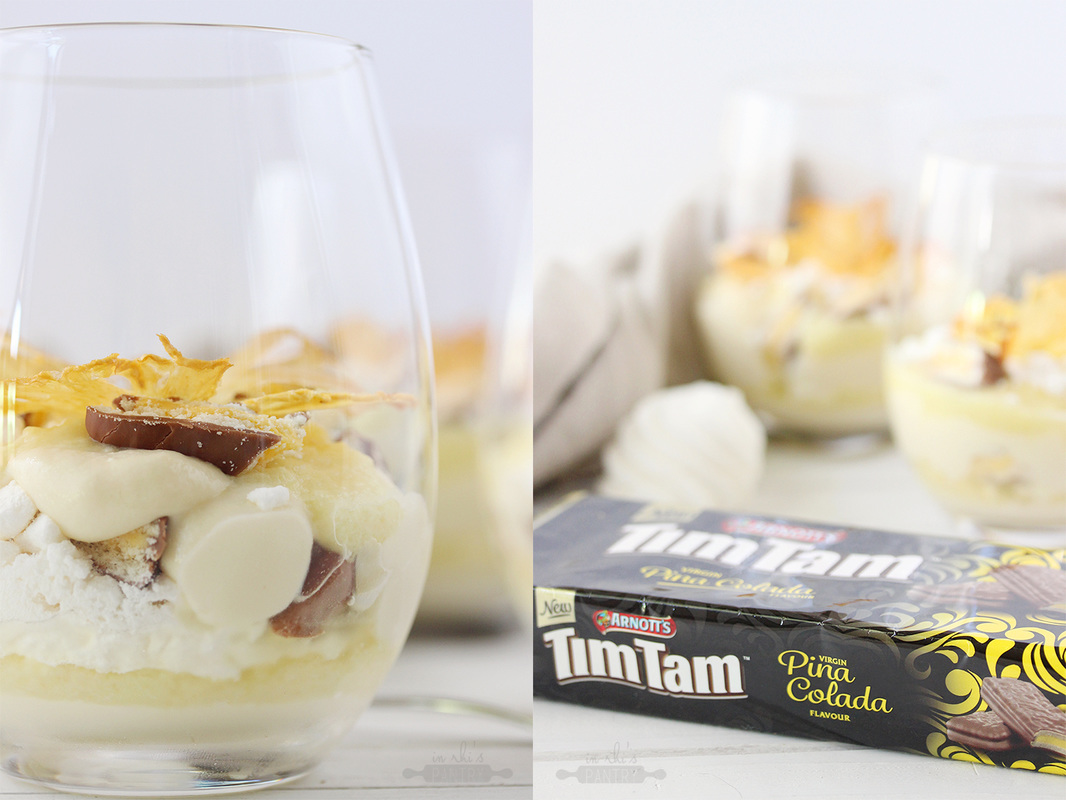